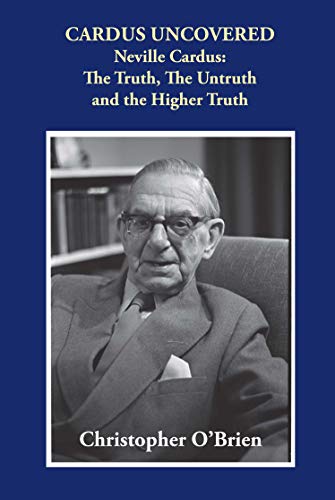 A book full of new insights about Sir Neville Cardus, who transformed cricket writing while also a music critic.
You will learn who his father was (Neville didn’t know), about his mother (and why the man she lived with was sent to jail) and when Neville changed his name from Fred.
Cardus Uncovered traces his early cricket articles and includes examples of his superb writing, but reveals contradictions and errors. It also covers his writing on music, for the Daily Citizen as well as the Manchester Guardian.
And much more, such as the Test cricket he wrote about but didn’t see! The book exposes disagreement at the Manchester Guardian about whether he should report on the 1953 Tests. Not forgetting his unusual marriage and his mistress in the 1930s.
This book gets to the facts about Neville Cardus and transforms our understanding of his life and work.